Dice games are easily the most thrilling of all gambling games, if not all tabletop games. There’s a lot of excitement involved in rolling dice for the win, with everyone around just waiting in bated anticipation to see what the shooter will roll. However, despite the advancements of the gambling industry and despite gaming moving online, first in Flash format and now in the form of HTML5 and even live casino, it’s somewhat surprising that a dice game hadn’t made its way to the live online scene just yet.

Naturally, dice games are not as easy to replicate in the form of a live casino game due to the dice rolling needing to be done by each player. It’s a shame because, throughout the history of gambling, dice games have long been among the most popular and have often been a focal point in popular television shows, movies, and games. Now, likely due to the overwhelming popularity of dice-based gambling games at casinos and throughout pop culture, there is a live casino dice game available online.

Pop culture helping to enhance the stance of dice games

Casinos and casino gaming have been focal points of many great movies and series over the years. As for the game of craps, the most notable movie to have the game at its core is The Big Town. Released in 1987 but set in 1957, The Big Town starred Matt Dillon, Diane Lane, and Tommy Lee Jones but didn’t receive the most favorable reviews, being described as a huge cliché by the New York Times, and failing to impress other critics as well.

Other games like poker have been better represented in pop culture, but writers continue to flip back to craps to make moments tense and exciting while showing that the characters at hand are on a hot streak. In the television series Friends, Chandler’s lucky streak in craps was used to give him and his girlfriend Monica a sign that they should wed. In House of Lies, Marty has had an awful time, puts down huge money on the craps table, but passes the dice over and decides to try his fleeting luck elsewhere.

Dice games, in general, are very popular with audiences. One of the best parts of Pirates of the Caribbean: Dead Man’s Chest is the game of Liar’s Dice with those aboard the ship gambling servitude. The game of Liar’s Dice also became a huge hit in the Red Dead Redemption: Undead Nightmare downloadable content expansion Liars and Cheats Pack, with many players hoping it would come to Red Dead Redemption 2.

Being so popular in person and in pop culture, it should come as no surprise that game developers have been vying to release a live casino dice game as soon as possible. Now, the feat has finally been achieved. 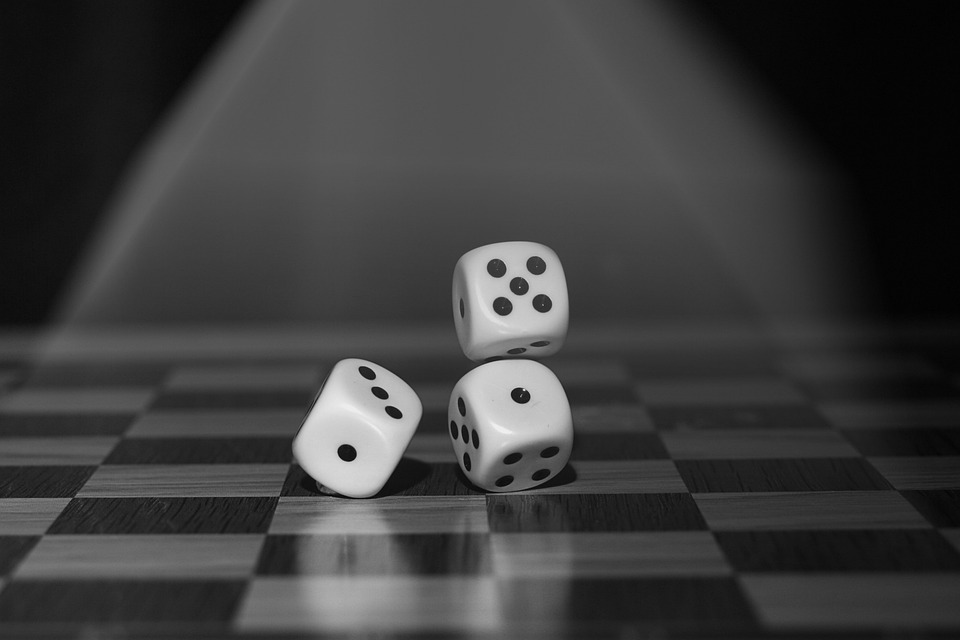 As mentioned, it’s very difficult to replicate a dice game in live casino form. With craps, it would require one of the staff being the shooter and then switching with others after a loss. But due to the technique and luck involved, online players could quickly be put off by some adverse results. Instead, Evolution Gaming has devised Lightning Dice, which is available at online casino Mr Green and removes the human element of play. In Lightning Dice, three regular dice are dropped down a transparent tower, tumbling down the pegs and shelves to eventually land at the base and show a total. Players bet on the total that will be shown by the three dice, with camera close-ups and the host adding to the excitement of the dice tumble.

It’s a wonderfully simple game which invokes the tense moments of dice games while also making this game viable for the online live casino scene as it removes human interference.

Lightning Dice is a great start to getting more dice gambling games in the live casino. The hope is that soon a developer will be able to devise a machine which can rumble and shoot dice on a craps table that keeps the game fair, unpredictable, and exciting.